No doubt he’s the man of your dreams with those perfect face, body and attitude, but…is he the perfect “size”?

We asked our followers, when they bump fuzzies, are they fussy about their man’s third leg? That is – does penis size really matter?

Much like shoes, we know penises come in different sizes, but does penis size matter? So, does the saying, “if the shoe fits” come into play when you get some stank on the hang down?

Okay so, yay or nay? Let’s hear it from the ladies! 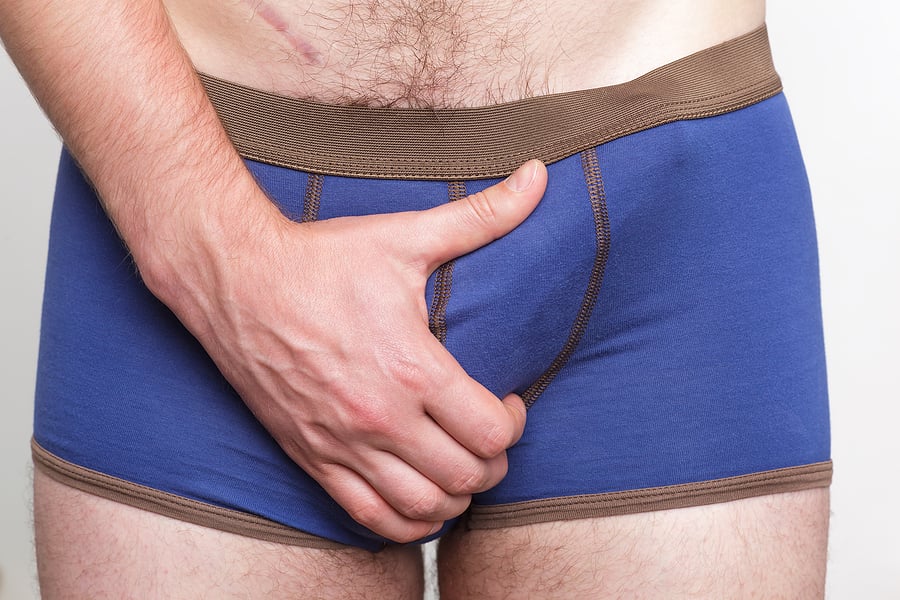 They say with Penis Size That: “Bigger is better.”

“Having been on both ends of the spectrum from small penis size to VERY LARGE I can say I prefer bigger. That being said my best and worst sex has been with guys who were huge. The problem with some guys who have big dicks is that they think having a big one is all they need. The one guy wasn’t interested in making sure I was ready first, had no rhythm at all and didn’t care if I was enjoying myself or not.

It was almost as if I wasn’t there and he was just pounding away drilling for oil. I was sore for days afterwards. The other guy was fantastic, he took his time. We had amazing chemistry and he actually cared how I felt and how comfortable I was adjusting to his size. We took things slow, he was a very gentle lover and I enjoyed every minute a lot. He is still the only man I have had multiple orgasms with. The only other drawback from really big guys is that oral sex becomes painful and not as enjoyable.”

“I would prefer an average penis size and one that looks pretty, some of the big ones are super ugly and bend the wrong way.” 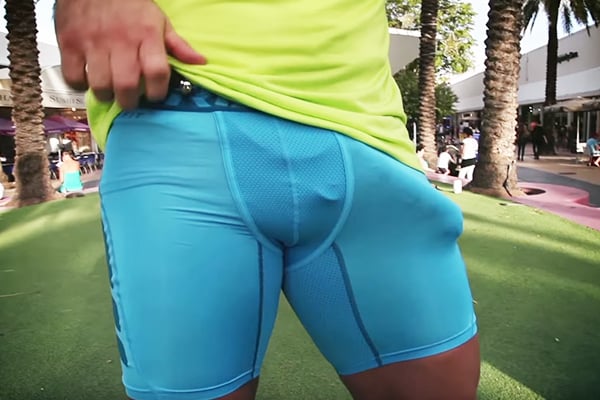 (Well, others say they haven’t thought about how good or bad it looks)

“I never considered describing penises pretty in my entire life!”

Although they agree, “micropenis is a waste of time…”

“Yes, the micropenis is a total waste of time, both in width and in length. I bailed on one guy because his penis size was only about 2 inches long. And it just didn’t get in. He came, but it did nothing at all for me. I need one big enough to touch my G-spot. So, it requires some length, but I think technique is the rest of it.

My boyfriend from my teenage years had a penis size thicker than my arm, and 12 inches long. I know because we measured it erect with a sewing tape measure, and then how far up my belly that would be inside me, because neither of us could believe how I accommodated it without any trouble, but I did. If you are highly stimulated and moist, the vagina must be really stretchy.”

“I dated a guy with a micropenis and it was a contributing factor in the breakup. Foreplay was great but the actual intercourse was never going to be satisfying.”

More Reading: What You Want to Know About a Micropenis

And is never to be forgotten.

“Penis size – Yes it does matter. Sad to say I have separated from my husband and his penis is just perfect and I dread dating again.”

But to others, short and thick is a winner…

“Yeah penis size and width is important to me. Though I’d rather a shorter thick penis than a long skinny one. I’m very happy with my husband’s penis. 🙂 ”

and girth is more important than length.

“There is such thing as too small in penis size, and too big. For me, girth matters more than length. Really, though the range of what’s acceptable is fairly inclusive. I’d say between 10 cm and 30 cm long and 10-20cm around is the appropriate range.”

“Yeah average penis size is nice. 6in and a banana like girth.”

And besides, “I don’t want to give birth every time I have sex!”

“Lol I was more concerned about the 20cm around! I don’t want to give birth every time I have sex! lol!”

…and “my vagina isn’t getting any longer!”

“Yep, my partner’s penis size is ‘too long’ and it is painful. My partner does the typical male thing (well typical for any male who doesn’t already have a monster penis) and talks about wanting to be bigger, and how I’d want him to be bigger. I keep telling him that he’s already bashing against my cervix at his current size and he isn’t even small so I don’t know what he’s complaining about! If he were any bigger, we’d probably have less sex anyway because my vagina isn’t getting any longer and pain doesn’t get me off.”

“Well said. My partner loves a penis extender (yep on top of his and no erectile problems!) but ouuchhh! Might be a turn on for him but a turn off for me. Pain isn’t fun or enjoyable getting a 10″. I like his perfectly sized c**k fine. Why do they think they need bigger or enjoy watching a monstrous thing pounding into us.”

More Reading:  NSFW: What is a Penis Extender and Why You Should Buy One

Anyhoo, it’s the technique that matters…

“I’ve had a few in my time (lol) so I think I’ve seen at least one from every point of the spectrum. Size matters to a degree. Too small is an issue (I’ve broken up with a guy because it was smaller than my pinky and I literally couldn’t feel anything during sex – I wasn’t willing to be celibate the rest of my life) and a guy I was seeing mutually agreed it wasn’t going to go anywhere because he was too big.

It was an issue he’d had numerous times before. He said “the boys” thought he was a legend but they didn’t realise how it was actually ruining his life. I literally needed two hands to fit around the width of it. It hurts when they’re too long too, even if they’re skinny – they’re probably my least favourite. Just average is best (with just a little extra thickness). Then it’s more to do with the technique.”

And it’s the chemistry that counts…

“My hubby is big, I prefer it much but I wouldn’t dump a guy for that reason. It’s more about your chemistry with somebody than just size.”

And as long as it does its job.

“LMFAO! I’ve never seen one that I’d consider ‘pretty’, dicks are just ugly but as long as they do the job I don’t care. If it was bent the wrong way and looked hideously deformed, I think I’d have to pass though.”

“I’m not fussy but needs to be big enough to do a good job. In my younger days, I’ve walked out on one night stands with a micro penis because what is even the point, also walked out on a guy who had a dong bigger than my arm and he said most girls bailed on him because of it. He’s a famous comedian now and I often see pictures of him and his wife in the media. She’s so petite I can’t help but wonder every single time how she takes it. My husband is quite average but it’s fine.”

A word of advice: foreplay, foreplay, and more foreplay!

“My husband is quite large down there, and TBH, I wish it was a bit smaller. I’ve had small ones before and there are benefits to them. Like, riding is easier with a smaller dick, as is giving head. I love my husband and I enjoy our sex most of the time. But sometimes, if I’m not really in the mood, it hurts.

Even with lube. There’s nothing comfortable about being hit in the cervix with each thrust. 9 times out of 10 though, he makes sure I’m ready with lots of foreplay. Every guy* I’ve been with though, regardless of their size, has made sure I’ve been wet beforehand so I guess it doesn’t matter to me how big it is.

*consensually. The arsehole who raped me didn’t care how ready I was.”

So smaller can be better…

“I’m sorry to hear what you’ve been through. I’m glad you are still able to have an enjoyable sex life and I agree with you that smaller can be better.”

Although, it’s not the pounding that matters…

“OMG I’m surprised by these answers! I have slept with some very skinny penises and some very short stumpy ones, as well as big, thick, average. But I never ever ever have orgasms from penetration so penis size makes zero difference to me and the guys I’ve been with worked hard in other ways to please me usually before they please themselves! I love just being intimate with someone during sex so I wouldn’t throw them outta bed for their size!”

“Little ones, skinny ones and too massive ones, I don’t like. But I’m not going to say that to the poor guy.”

So, does a penis size matter to you?