It’s a case of like mother, like daughter with some of these celebs and their baby girls!

When you’re the daughter of a famous celebrity mum, how much luckier can you get if you look exactly like her!

Well, we’ve round up some of the most famous mum-and-daughter tandems who could pass off as twins.

Reese Witherspoon, famous for her roles in Sweet Home Alabama and Legally Blonde, is also known for her beauty and blonde hair. No doubt, looking at her daughter Ava Phillipe, the resemblance to her famous mum is uncanny!
Apparently, in both their younger photos, it is hard to tell the difference between the two.

With Gwyneth Paltrow gracing the screens for a while now, the beauty is undoubtedly an exact copy of her mother, Blythe Danner. Known for her roles in Meet The Parents (and their sequels) and also in the sitcom Will and Grace, 77-year-old Blythe has obviously still got it – proof that Gwynnie will grow old gracefully and beautifully, just like Mum!

Just as Gwyneth Paltrow looks like her mum, her daughter, Apple Martin also looks like her mum. At only seven years old, the young lady is taking in the steps of her mother, from the hair colour to the shape of her eyes and even her cheek bones.

Uma Thurman is a well-known actress with movies such as Kill Bill and Pulp Fiction amongst her best performances. With her acting skills shown both on the big screen from romantic to science fiction films, the popular beauty has passed on her good genes to her daughter.
At only 22 years old, Maya Thurman Hawke is a carbon copy of her mother.

Like mother, like daughter. This statement cannot be more true, as it is for this celebrity mother and daughter. Their bright smiles are a testament to that.

Known as the former girlfriend of Johnny Depp, Vanessa Paradis is in every way a beauty, and it can be reflected through her daughter, Lily-Rose Depp. Working as an actress and a model, it is no doubt that Lily-Rose is her mother’s daughter. 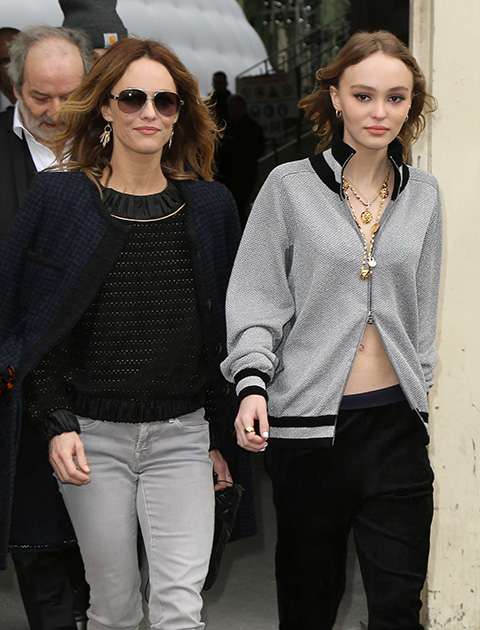 Lindsay Lohan is a household name all around the world – known as a child star and growing into more mature roles, the young talented lady is often in the news for something other than her acting!
Now in her late 50s, not only is Dina Lohan successful, but she has managed to also pass her striking looks to her daughter. Image Via The Cut

One of Hollywood’s classic actors of our time, Meryl Streep has a mini-me that has followed in her acting footsteps. Mammie Gummer, who is also a successful actress, is no doubt her mother’s look-alike. With the same signature nose and beautiful legs, there’s no telling the difference especially from earlier photos of Meryl Streep. 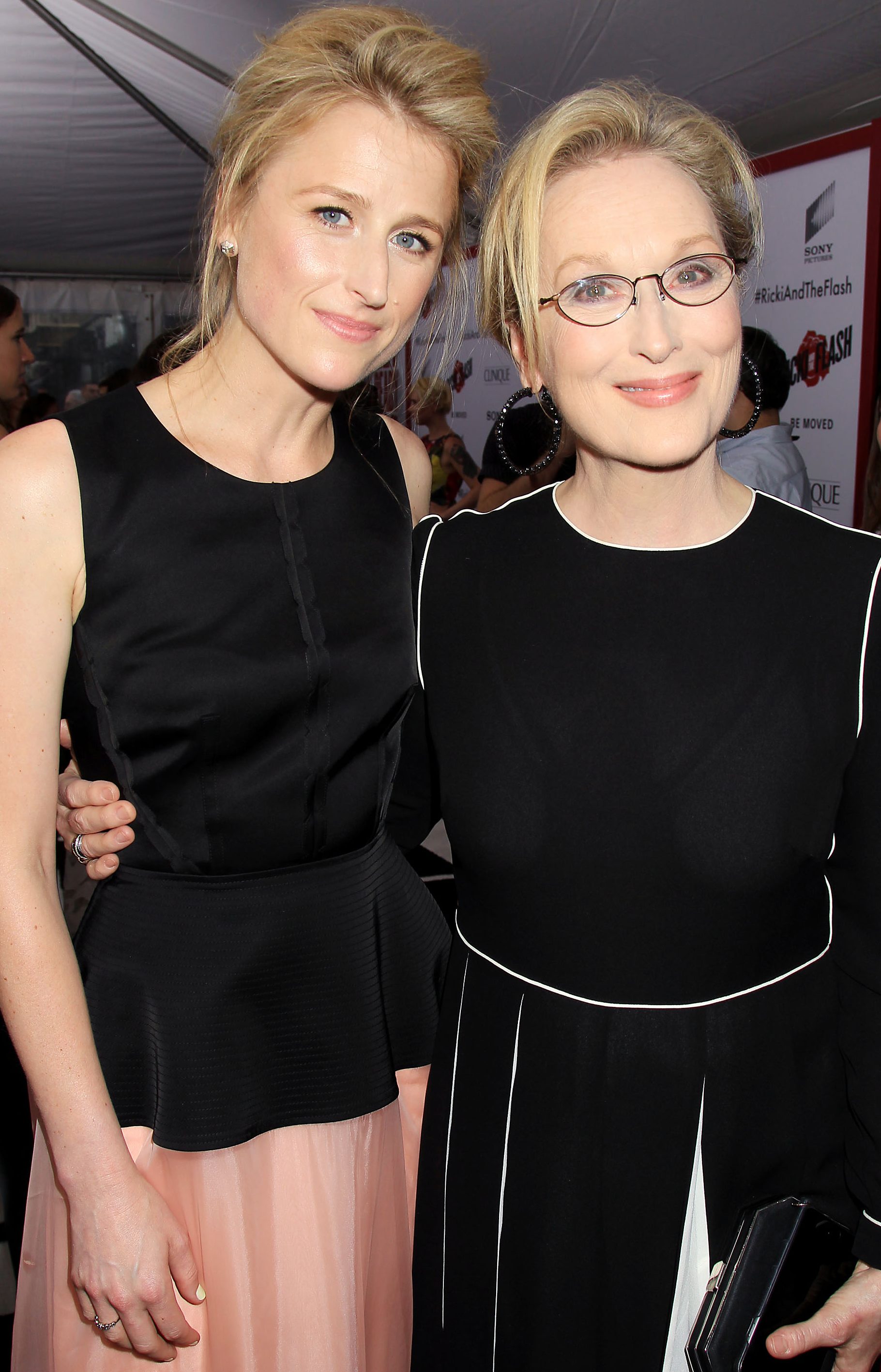 Image Via The Telegraph

Melanie Griffith is another classic gem of the silver screen – one of her most famous roles was starring in the movie “Working Girl” which earned her a Golden Globe and an Oscar nomination. Her mum, Tippi Hedren, a former fashion model and actress, did a good job at giving her the perfect genes. Even with the passing of Joan Rivers, Melissa Rivers has the opportunity of having her mother live through her as she looks exactly like her. From the pointy nose to the small eyes and small cheeks, a look at old photos reveals just how much they looked alike.

If you have ever wondered where singing diva, Beyoncé got her looks, then look no further than her mum, Tina Knowles. Not only do the two have the same facial features, they also have the same striking body figure. 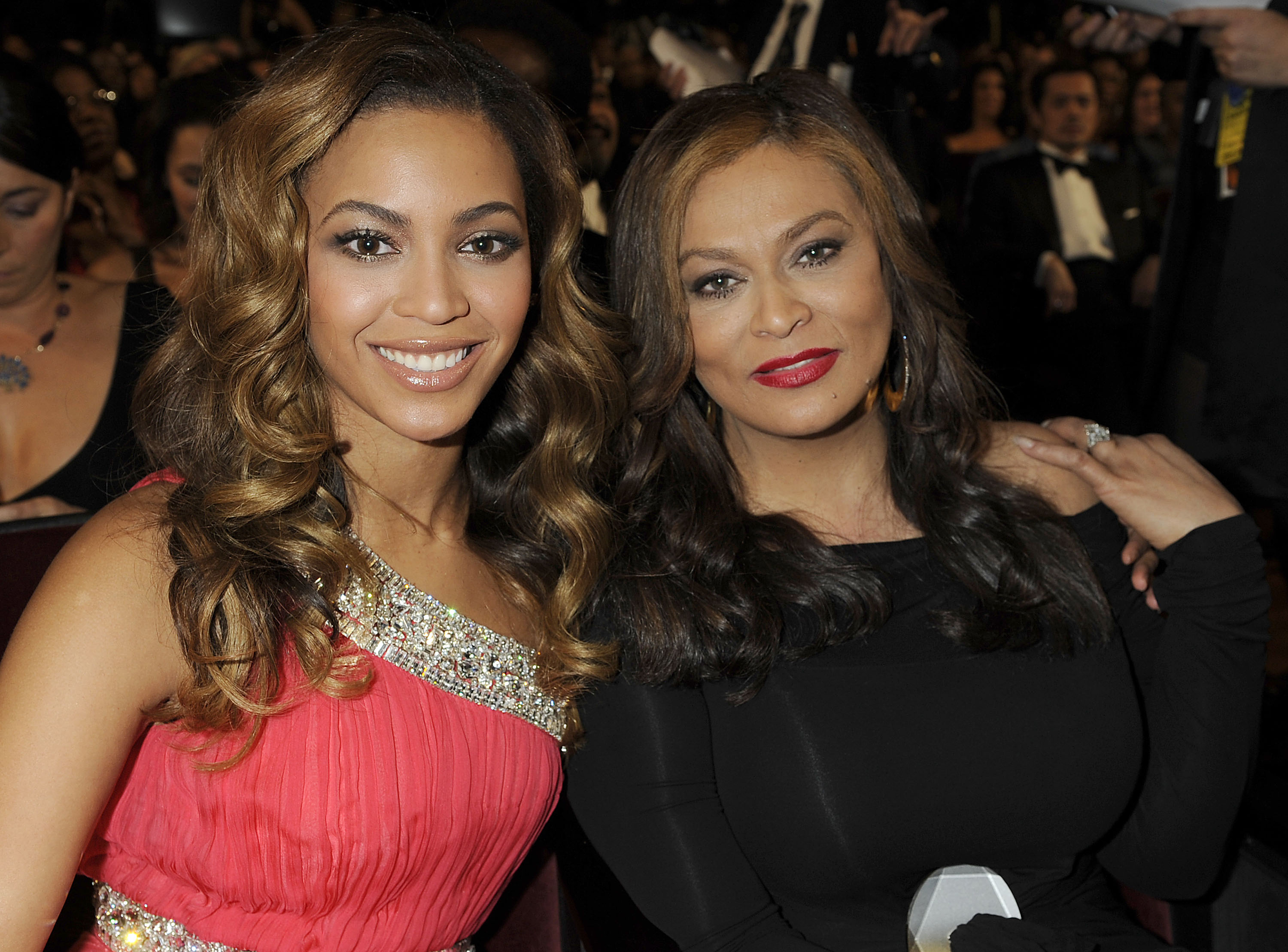 The list would not be complete without Jennifer Garner and her daughter with actor and director, Ben Affleck, Violet. Looking at their photos, the two have cute noses and gorgeous brown eyes eyes that match in every way. 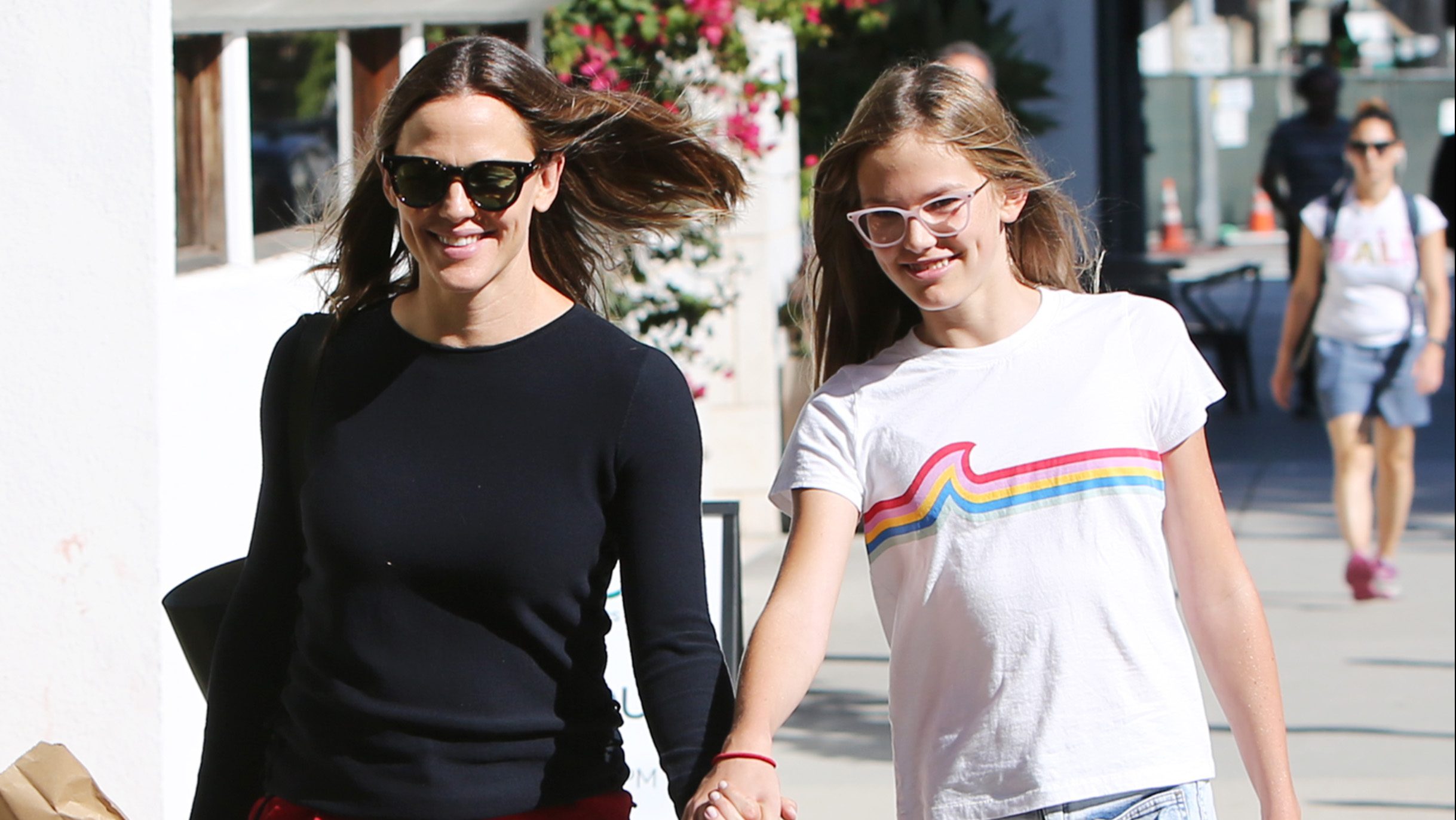 Sharon Osbourne is currently known as a talk show host and television talent competition judge and is the wife of rocker, Ozzy Osbourne.

Just like her mother, Kelly Osbourne is also a success when it comes to talk shows and reality TV. Both famous for their colourful hairstyles, the pair have similar beautiful eyes and “out there” personalities!

Halle Berry and her mini-me, Nahla Ariela Aubry, look like two peas in a pod!

Coming from the most famous reality show family in America, all the Kardashian/Jenner girls look alike! All with gorgeous jet black hair and long legs, this is one family that deserves a mention. Demi Moore is no doubt an ageless beauty and judging from her photos with her daughter, Rumer Willis, she has truly passed on the beautiful genes – from the smile to the cheek bones and even the hair.

Angelina Jolie’s daughter, Shiloh Jolie Pitt has taken in every way the looks of her mother (and there’s quite a bit of Brad there too!) especially her pouty signature lips. It wouldn’t be a surprise if she finally becomes a star.

Susan Sarandon and her daughter Eva Amurri are quite obviously mum and daughter. In fact, it is hard not to see the similarity in them standing side by side, with those cheeks and wide pretty eyes.

Reaching her teen years, no doubt looking at Lourdes Leon can be another Madonna. Except for the hair colour, each photograph or appearance together shows just how much similar this mother and daughter is.

Cindy Crawford is by far one of the greatest supermodels to ever grace a catwalk. Cindy Crawford’s daughter, Kaia Gerber, has scored her mother’s beauty genes and has followed in her supermodel mum’s footsteps to became a model herself.

Bette Midler and her daughter, Sophie Von Haselberg, are unmistakably mother and daughter.

Since the popular 1980’s sitcom, The Cosby Show, Lisa Bonet’s natural beauty has been applauded and envied by many, and now, her daughter, Zoë Kravitz, has inherited her looks and looks just as stunning.

Catherine Zeta Jones’ daughter (with actor Michael Douglas) is the spitting image of her famous mum. Apart from her music, Jessica Simpson loves to dress up with her daughter, Maxwell. The pair both have beautiful blonde hair, striking eyes and perfect cheeks, so no doubt Maxwell is Jessica Simpson’s mini-me.

Model and actress Christie Brinkley and her daughter, Sailor Lee Brinkley sure do look just like sisters in this photo. 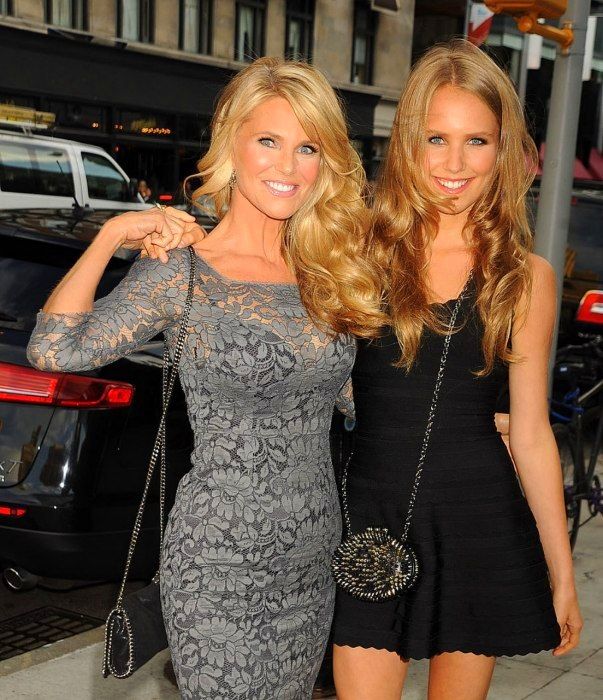 From that beautiful red hair to their eyes and smiles, Julianne Moore and daughter, Liv Helen are extremely similar. 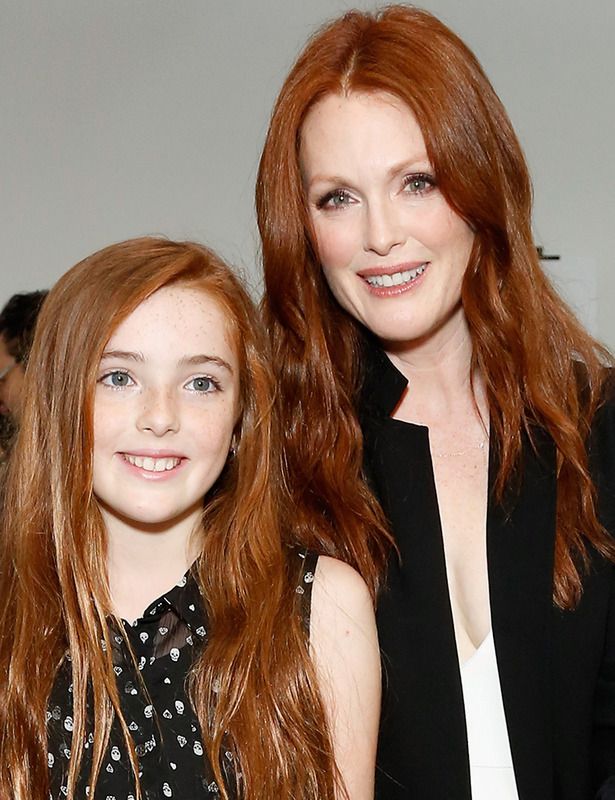 With Teresa Giudice coming into the limelight in the reality show, The Real Housewives of New Jersey, her family is also in the public eye. Mum and daughter have similar striking eyes

Another model-actress celebrity duo in our list is Kim Basinger and daughter, Ireland Baldwin. Looking at their photos, it is hard to tell them apart not only from their wavy blonde hair but also from their figures.

You can’t keep your eyes off Kate Beckinsale and daughter, Lily Mo Sheen and their striking looks.

Jennifer Lopez is a complete knockout and it looks like young Emme Maribel Muniz is becoming a smaller version of her actor/singer mum, J-lo. At only seven years old, the resemblance of the young lady to her mum is striking.

After Katie Holmes and Tom Cruise brought little Suri Cruise into the world, people couldn’t seem to get enough of her. Now, all eyes are on this young lady who is growing up to be just like her mum. Their similarities are so clear in the way they walk, talk, and even smile. Does anyone feel freaked out about sleeping o... | Ask SAHM