You have to take care of your kid, teach them and watch them grow. Kids these days, especially teens, are extremely sensitive. They don’t want you to step inside their boundaries. The best way IN MY OPINION is to have them learn on their own.

It shocks me how some parents never let their kids grow and explore. I found this thread in Reddit and it is truly shocking how extreme they are! 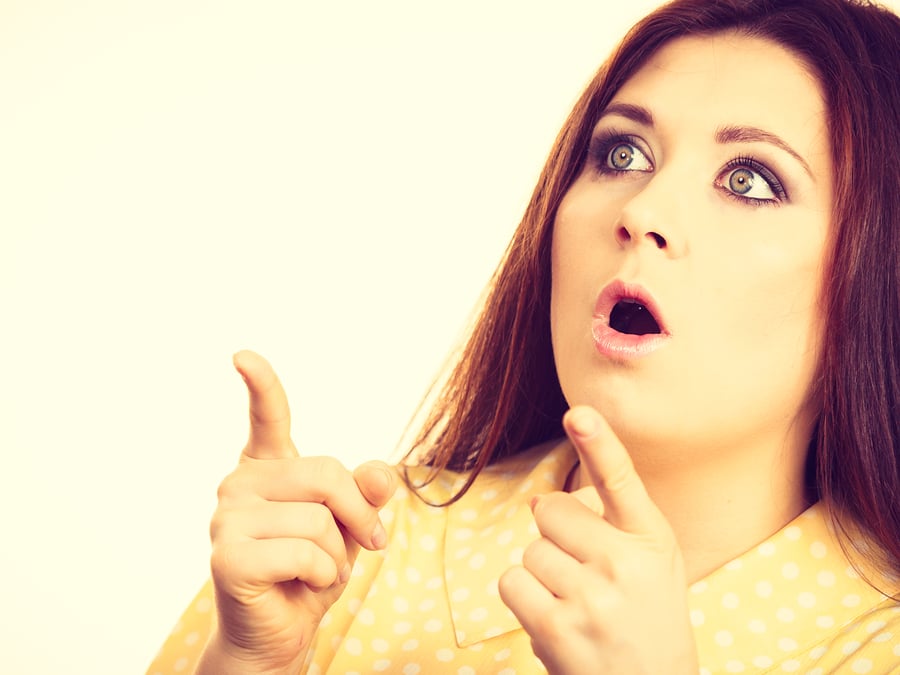 Via Voice of Craisin

My Mum owned a daycare center, and I worked there when I wasn’t in school. There were some very unique kids and some crazy-ass parents. The one that comes mind though had a 6 year old son. This kid was an incredible brat, but as soon as you met his parents you understood why. He had just started school and was coming home upset because kids were making fun of him, because of his pacifier that he kept with him and used throughout the day.

So his mom decided to wait with him at the school bus stop and pick him up from there. One day they were waiting and he mentioned he had a wedgie. So right there at the bus stop, in front of all the kids in his class, and the crossing guard, his mom picked it for him. Just stuck her hand down his pants and took care of it for him.

She wouldn’t even let him handle his own wedgie.

Needless to say, that did not help with his teasing.

3. He Called Every Morgue in the City

My dad called every morgue in the city after I went to a concert and forgot to check in for a couple of hours. Not police stations, he went straight to morgues for some reason, actually found a cadaver with the same first and last name as me and was about to get in the car to identify the body when I called to check in.

Two hours. Two hours without hearing from me was all it took for him to assume I was deceased. I was 23.

Volunteer at a library, a mom wouldn’t let her 10 year old kid read “Diary of a Wimpy Kid” because “They sin”.

5. No Friends For You

I had a mother ask for her son to eat his lunch alone in a separate room because she wasn’t sure she wanted him socializing yet with his classmates. He has only socialized with her around, so he wasn’t “ready” to do it solo. She was on that kid’s back every time he walked in the door for his lessons. Ever 10 years later, I still think about the little guy who is a teenager now. I have a feeling his mother never backed off.

I’ve seen a child of around 12 years old (if I recall correctly); the mother would sit outside the classroom and wait until the lesson is finished (2-hour lesson btw). Best part was, the mother always had a lunchbox for the child during break time. Instead of letting the child eat on their own, the mum would spoon feed the child, down to the last bite.

When the child had to make a decision about something during a class discussion, they just couldn’t make their mind up. My colleague (who was teaching the kid) and I attributed it to the mother’s parenting style – she looked like she’d made every decision for her child. I wasn’t surprised that the child wasn’t able to make their own decisions for themselves.

My mum made me sign a contract when I was 11 saying I wouldn’t kiss anyone til I was married. When she found out I even spoke to a boy she took away all forms of communication and didn’t let me leave the house for 8 months. I was home schooled so basically jail.

During a piano recital, towards the end when all the advanced kids are playing, my dad went up on stage and dragged off the kid currently playing and demanded that I come on stage again and play for as long as the kid did (I was very much a beginner at the time). He got into a yelling argument with the teacher while I just kinda sat there and went through some scales, and afterwards, made my whole family leave because he felt that his time and money were being wasted by listening to the other kids play.

To this day, every time we did go to a recital, his one complaint has always been that they give all the long pieces to the other kids and his time gets wasted because he’s only there to listen to me and my sister.

A mother insisted on accompanying her 19 year old, fully functioning adult daughter into the toilet cubicle. Will never ask why she doesn’t talk about her mum anymore.

A mother emailed me asking if I had graded their student’s essay, and if so why wasn’t it entered into the online grade book yet. She wanted me to know her student was very smart and would be going to an Ivy League college.

My response: “Are you asking about the essay they turned in today? The essay I just collected from them his morning? One hour ago?”

I was interviewing a guy for a technician job. Resume said he was 22, just out of technical college with a few certificates but no degrees. Cool beans, we weren’t sticklers about scraps of paper so long as you know computers.

I check everything out, call his last employer which was the school he went to. Reference is…interesting. I was told he was smart and learned fast but his dad was a pain. Found that odd. Call the kid up. A man rather older than 22 answers. I ask for Nathan and get told “this is his father. I can help.”

“I’m calling for the resume he put in with Computer Hell. Need to ask him some questions.”

“I can answer them.”

“Uh…no. I need him to answer them so I can verify what he knows.”

This goes on for a minute more before I say “Have Nathan call me back when he’s available” and hang up. Kid himself calls back, we chat, he seems to know his stuff so I set up an interview for the following day after lunch.

Interview time comes, and in walks a young man and an old man. Nathan and his dad. Who tries to sit in on the interview. I look right at the kid and bluntly ask “Do you have your own car?”

He nods. I ask him about his times available and his dad chimes in to answer. I cut him off. “I’m asking your son. Please go sit at the front of the office until we’re done.”

The dad hems and haws but goes up front. Nathan seems to be a good fit, but his dad is, indeed, annoying. I told him to show up the next monday at 8 AM, he would have a week probationary period during which time he’ll be paid minimum wage while I determine if we can use him.

Monday rolls around, Nathan and his dad come in. And both head for the back. “What are you doing?”

“I figured I can sit here and keep you two company.”

I finally convince his dad to gtfo. Nathan is picking things up fast. Next day, both come in and the dad walks up to me. “I’m insisting you let me stay here. My son needs me around. He told me last night that you were going too fast for him to keep up.”

I looked at Nathan, who just looked down at the floor. “Well, unfortunately, it doesn’t seem we can use you.”

“Why the hell aren’t you keeping my son on?!”

“Because he needs to grow the hell up first. I was looking to hire him, I do not want the baggage he comes with, namely you. Now, leave.”

One of my general psych students at a 4 year state university missed a final. Her mom called me to complain and to request a makeup exam. I informed her that her daughter could reschedule with me directly. We scheduled a makeup which she was also a no show for. Her Mum proceeded to call my office, the department chair, and my cell (stupid graduate student move to list your cell in the college directory) to complain about how unfair I was being. I decided to not call her back and instead had my Mum call her Mum to discuss, she never called again and her daughter failed the class.

13. Pretending to be my friend

Okay, so during a group chat last Halloween, Me and some friends were talking about what horror movie to watch. Me and another friend of mine were debating over Ouija 2 and Alien when another buddy of mine chimed in out of the blue. (Keep in mind this was at around midnight) So we ask for his opinion yet he didn’t know what we were talking about. He had absolutely no frame of reference for anything we mentioned and was constantly trying to change the topic.

As it turns out my friends mother had taken his phone and pretended to be him to try to squeeze out any info on us. Which is just really creepy and we somewhat ended up avoiding him a bit later. This mother also has a tracker in his phone and is generally a religious nut Where to Buy Cheap Maternity Clothes in Australia